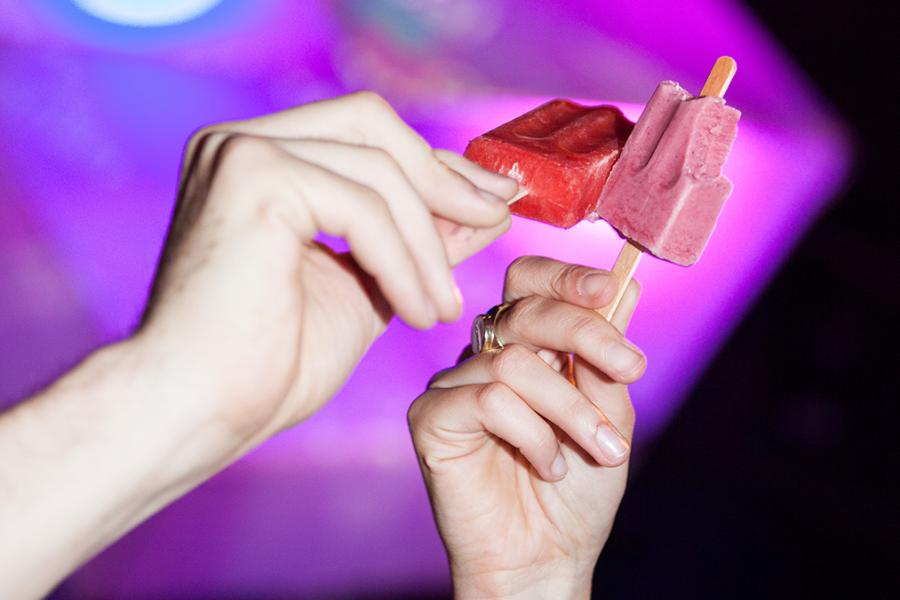 Network Meeting with Ice Cream in the Courtyard

An afternoon with the festival format Bridging the Scenes, Pralin, Städtelabor and Introducing…

The Performing Arts Festival makes connections with the formats Bridging the Scenes, Pralin, Städtelabor and Introducing…: between emerging artists and the Berlin performance venues, between the independent festivals in Stuttgart, Munich, Dortmund, Hamburg, Frankfurt and Berlin and between the independent performing arts communities in Berlin, the Czech Republic and Bulgaria.

In a comfortable atmosphere with sun and ice cream, the formats invite the participants and visiting industry professionals to converse and get to know each other in the festival center.

Please allows us to introduce: six new productions for and taking place in Berlin! Under the title Introducing…, the Performing Arts Festival presents exciting, young artists that Berlin’s independent performing arts community will be able to look forward to. Selected by representatives from the performance venues Ballhaus Ost, HAU Hebbel am Ufer, Sophiensæle and Theaterdiscounter, these new voices are presented as highlights from tomorrow today over the course of four days during the festival.

With Städtelabor, or Cities Lab, the Berlin Performing Arts Festival and Zusammenschluss Regionaler Festivals der Freien Darstellenden Künste, or the Association of Regional Independent Performing Arts Festivals, provides artists from Berlin, Hamburg, Munich, Frankfurt, North Rhine-Westphalia and Baden-Württemburg with the opportunity to discover aesthetic and working methods represented within the schedule of programming as festival visitors as well as to participate in discussions within the schedule of programming for visiting industry professionals and benefit from a wide variety of networking opportunities.

Sofia and Copenhagen meet Berlin! The Bulgarian ACT Fest Sofia, the Danish Selected Works Festival and the Berlin Performing Arts Festival are building bridges and are bringing the independent performing arts communities of all three cities closer together with the exchange program Bridging the Scenes.

Bridging the Scenes provides three Bulgarian, three Danish and three Berlin-based members of the respective communities with the opportunity to attend the Performing Arts Festival Berlin.

PRALIN intends to actively promote and support the communication between the independent performing arts communities in Berlin and Prague. Both communities have a great deal in common not only in terms of artistic aesthetic, but also in terms of working conditions and topics of discussion. They are both large cities with progressive theater communities, located closely to one another and are official partner cities. They mirror each other in many regards while remaining unique in many other aspects and each have their own special problems and are prepared to learn from each other.

We ask you to please RSVP by sending an email to: fachpublikum [at] performingarts-festival.de ().