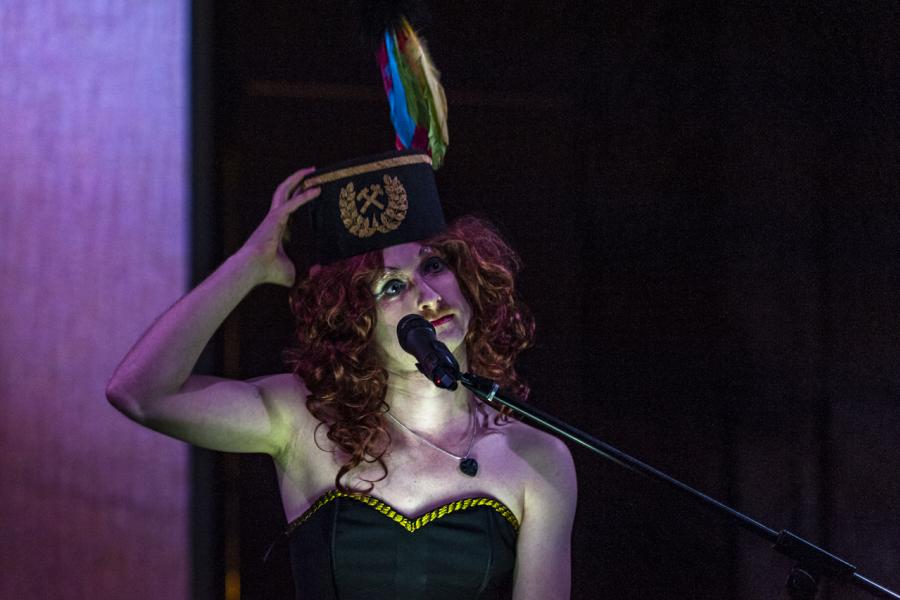 Of Coal and Rainbow

There’s a lot of glitter in Silesia! As the queer son of a Silesian miner, Paweł Świerczek lives in a constant clash with the images of masculinity of his youth, environment and family versus his own queerness.  On the basis of intimate encounter between him and his father, he moves queerly through this dark, heteronormative world and digs in the black coal for a rainbow.

Double performance with "The Furious Rodrigo Batista" by Rodrigo Batista, within the scope of Introducing - the newcomer's platform of the Berlin Performing Arts Festival.

A reservation is possible at karten [at] ballhausost.de

Pawe. .wierczek – graduated from culture studies at the University of Silesia and the Laboratory of New Theatrical Practices at SWPS University. In 2016, he played the role of Sta.czyk/Bobby Sands in Wesele (The Wedding) based on the stage play by Wyspia.ski and directed by R. Rychcik (Teatr .l.ski in Katowice). In 2017, he translated Chroma. A Book of Color by Derek Jarman (published by Silesia Film) in Polish and wrote the stage play Odwo.any (Cancelled) staged by  Teatr Wóz Tespisa/Teatr Naumiony (directed by I.