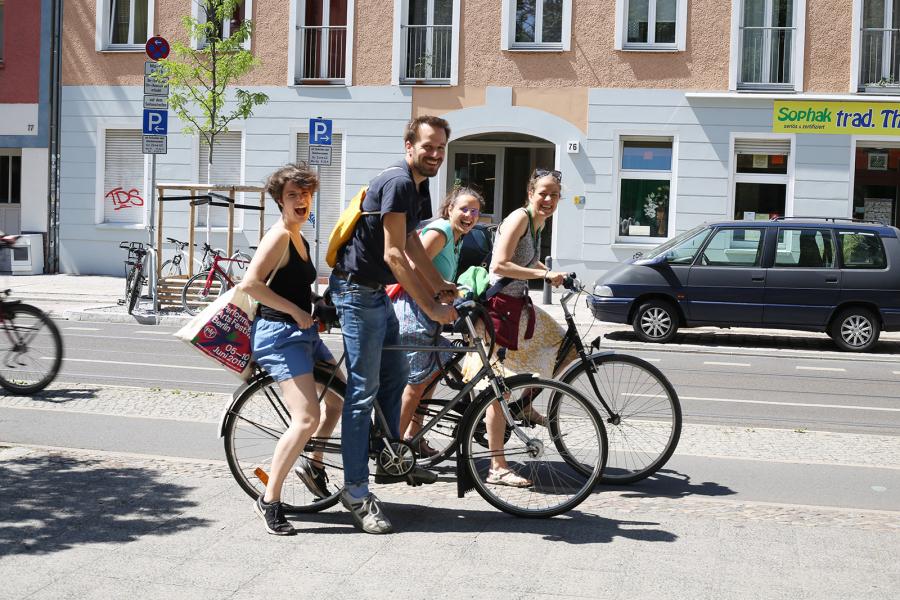 From Venue to Venue: Discover Performance Venues in Kreuzberg and Neukölln

From Venue to Venue gives visiting industry professionals from all throughout Germany and abroad the opportunity to look behind the curtains of Berlin's performance venues. The tour is led by Daniel Brunet and begins at one of Berlin's largest independent performance venues, HAU Hebbel am Ufer. We will then walk to English Theatre Berlin | International Performing Arts Center and Theater Thikwa. After a break in the Bergmann-Kiez neighborhood, we will get on the subway and head to TATWERK in Neukölln. At each venue, a member of the respective artistic team will provide insight into current working methods, schedules of programming and productions.

This event takes place in English. A subway ticket is required. Registration is required due to the low possible number of participants; please send an email to: fachpublikum [at] performingarts-festival.de

Daniel Brunet is a director, performer, producer and translator. Born in Syracuse, New York in 1979, he studied theater and film at Boston College. He moved to Berlin in 2001 with the support of a Fulbright Scholarship. Brunet became Producing Artistic Director of English Theatre Berlin | International Performing Arts Center in 2012.