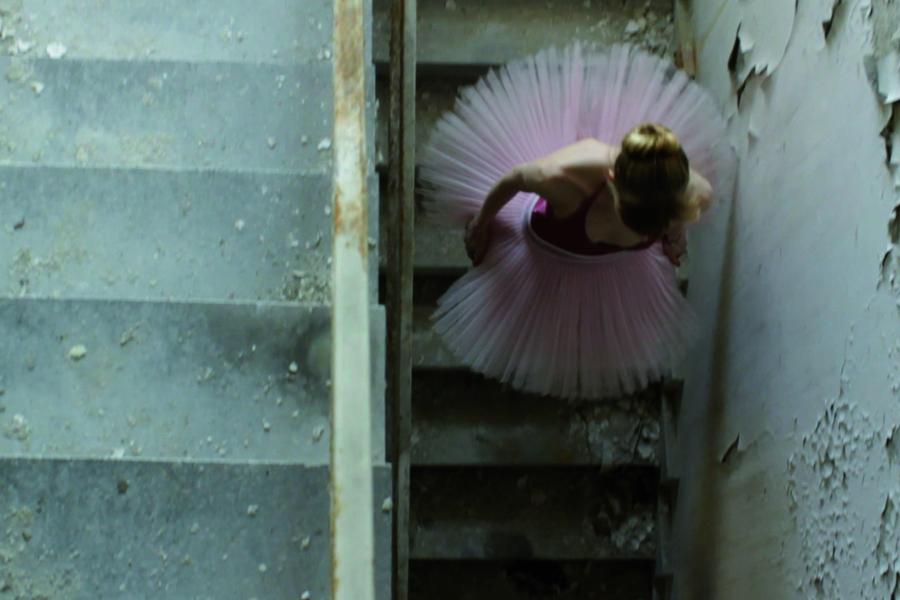 Elefant is an experimental performance film based on the poem of the same name by Sina Seiler. The poetry film visualizes inner space that the poem metaphorically expresses with words: A house as a symbol for one’s self and the various rooms as voices of the unconscious, feelings and thoughts.

According to the organizers accessible.

Elephant is on loan from the House of Poetry and is internationally shown at festivals or in Goethe Institutes.

Sina Seiler completed her film and media studies at the Universities of Karlsruhe (KIT), Eberhardt-Karls-University Tubingen and DAMS (Drama, Arts and Music Studies) Bologna, Italy. She worked for several years at the ZKM, Center for Art and Media Technology in Karlsruhe in the interactive media museum. With the poetry film Elefant (2013), she was represented at many international literature and film festivals, as well at the 2014 ZEBRA Poetry Film Festival. In the 2017/2018 season, she participated in the project Gala Global directed by Turbo Pascal at Deutsches Theater Berlin.